As part of the BBC Art That Made Us Festival, we are celebrating the Helix Sideboard, designed by David Booth for Gordon Russell Ltd in 1950; one of the firm’s most recognisable and enduringly popular designs.This striking and beautifully-made piece of mid- century furniture has all of the hallmarks of the company’s founding philosophy: marrying craftsmanship with the latest technology to make good quality affordable furniture.

Gordon Russell had always felt that design should be true to its own time, reflecting in his autobiography Designer’s Trade, ‘To me it was a poor age that could make no contribution of its own. I argued that if the eighteenth century had been content to imitate the seventeenth, then the finest age of English cabinet making would never have been born.’

A prolific and influential designer himself, from the 1930s onwards Gordon Russell became an advocate for modern design in industry, driven by his belief in the importance of good design for people’s quality of life. It was not without its challenges however, and he was acutely aware of the enormity of the task.

During the Second World War, Gordon Russell was invited by the Board of Trade to join the Utility Furniture Advisory Committee, later becoming Chair of the Design Panel.This remarkable scheme was set up to meet the challenge of rationed timber and materials, in order to make furniture available for newlyweds and those who had lost their homes and possessions through bomb damage. All furniture had to be very carefully considered to make the most functional pieces with the least materials, and the committee undertook extensive research on how the furniture would be used. Utility was the only furniture permitted to be made, reducing the total number of designs produced in the country to less than a hundred. It was also logistically challenging, as the furniture had to be made by almost 700 small firms, who varied hugely in experience and equipment.

In many ways Gordon Russell saw the Utility Furniture Scheme as an opportunity to achieve what he had been working towards throughout his career, to unite design and industry, and to raise the level of national design standards – introducing a less ornate, more honest and more modern style of design.

The Helix Sideboard was produced post-war, in 1950, two years before the Utility Scheme came to an end. David Booth’s innovative design for Gordon Russell Ltd demonstrated just what could be achieved with limited materials.The simple but striking design features front panels veneered in Rosewood. Instead of the expensive and time-consuming process of inlay, a new machine-routing technique was developed to carve the vertical Helix design onto the doors and reveal the contrasting lighter-coloured birch veneer beneath. It was light and practical, with plenty of space inside and a drawer for cutlery.

David Booth was one of a number of innovative young designers who came to work in the drawing office in the village of Broadway,Worcestershire, before later setting up his own architectural practice with Dutch-born architect Judith Ledeboer. Booth and Ledeboer went on to create a number of celebrated designs for Gordon Russell Ltd and other contemporary manufacturers.

Despite continued post-war rationing, the sideboard represents a new spirit of optimism and was shown at the Homes and Gardens Building at the Festival of Britain in 1951. Both Gordon and his younger brother Dick Russell were involved in the Festival, with the latter designing the Lion and Unicorn Pavilion with Robert Goodden.The Festival delighted Gordon Russell, representing an opportunity to improve standards for all, and to demonstrate that good design should be a facet of ordinary living.

For the next decade the sideboard was in constant demand, and was one of the company’s best- selling designs. It became so recognisable that it also featured on the popular Homemaker range of ceramics designed by Enid Seeney for Ridgway Pottery in the 1950s and sold through Woolworths.

Our aim at the Gordon Russell Design Museum is to not only celebrate this remarkable history, but also, through our programme and support for young furniture designers, to consider its contemporary relevance. It is interesting to think about how this use of limited materials to make something both beautiful and useful could inform questions around sustainability, and the climate emergency today. We regularly welcome schools, colleges and universities to the museum and it’s wonderful to see how these innovations of the past can be used as inspiration in meeting the challenges of our own time. 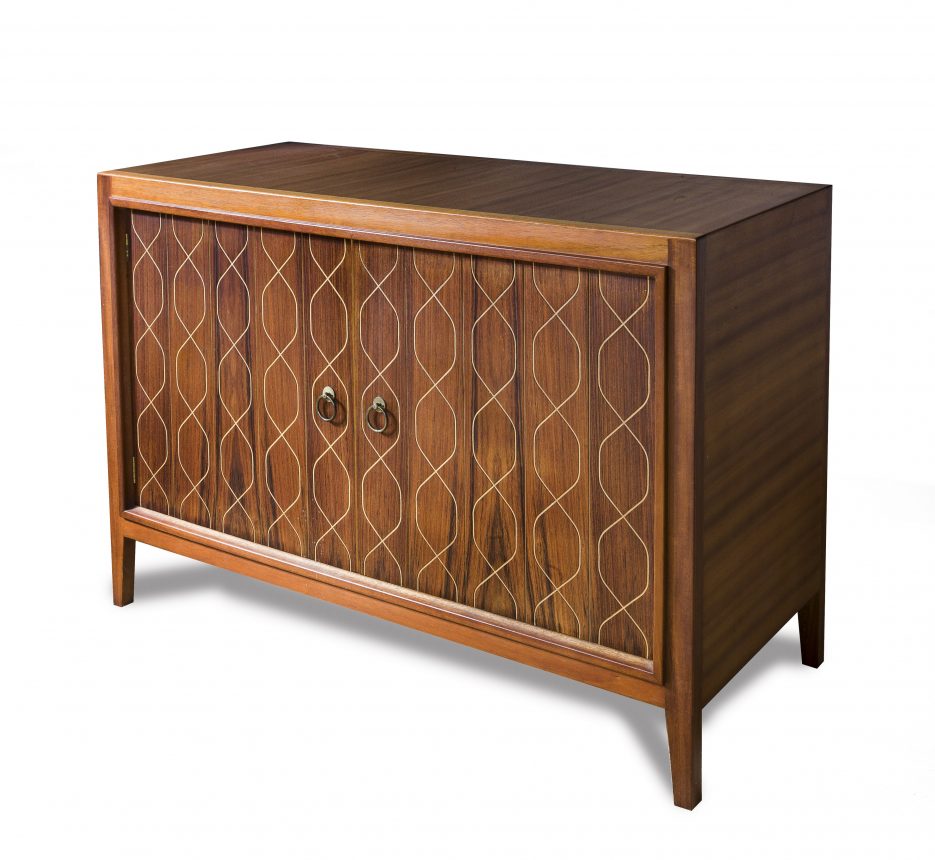